Spoiler
Mostrar
Why Did You Bring Back the Disparate Crafts? Does Mage Really Need Them? And Do You Think Those Groups Would Actually Band Together?


Let’s be honest here: The original Mage was the creation of a bunch of 20-something American suburban kids, all but one of whom (Travis Williams) were white folks. The cultural spectrum was Euro-American aside from two ethnically ste-reotyped groups that were quite, as we might say these days, problematic in execution. That’s not downing the folks who wrote Mage 1st Edition and its subsequent books; we worked with what we had to work with, which in 1993 did not include social media or an extensive Internet research network. But Mage 20 is a product of the twenty-first century, and we have a lot more to work with now then we had in 1993.


Even in that original edition, the authors mentioned “other Traditions” beyond the core nine and the Hollow Ones. And so as my authors and I expanded the background and history behind Mage’s world, we began creating groups that were based in cultures other than the Euro-American default. Because of the intensely mystical cultures of the Middle East, I felt we needed at least one Middle-Eastern magickal society – specifically, a Muslim group – to round out the background of the Nine Traditions. Given the modern origins of two of those Nine Traditions, we had some room to move in terms of previous groups. Sam Chupp, Brian Campbell, Kathleen Ryan, Bill Bridges and I cobbled together the historical background for Mage. (No such history existed in Mage 1st Edition, beyond talk of “Pure Ones,” the Mythic Age, and the encroachment of the Technocracy.) Sam Inabinet (himself a Sufi mystic) and I came up with the Ahl-i-Batin, while Bill and I began referring to the “Crowned Ones,” or Solificati: an alchemical Tradition that had likewise left the Council by the twentieth century. This background history began appearing in late 1993, by way of The Book of Shadows, The Fragile Path, and the original Sons of Ether Tradition Book.

A bit over a year later, I gathered a group of writers to-gether to create The Book of Crafts, which introduced 10 new groups based in real-world mystic lore. Kevin Andrew Murphy’s Children of Knowledge became the modern incarnation of the Solificati, while other authors created groups that ranged from my perennial favorites the Wu Lung and Bata’a, to the cringe-inducing Wu-Keng. (I left that group out of Mage 20 for a host of reasons, ranging from linguistic stumbles to cul-tural insults and unintentional transphobia.) Despite our best intentions, we still had a very limited pool of information to work with, and so even the best of those groups suffered from embarrassing linguistic and cultural errors. For the most part, though, I liked having a greater diversity of groups, cultures, and practices represented in Mage. When later, in Mage: The Sorcerers Crusade, we added other groups, I counted that as a win. By that time, Internet social media was beginning to rise, and so we had begun to work past the cultural and linguistic mistakes involved with the earlier groups. I had some serious plans for certain groups – notably the Wu Lung, Bata’a, Batini, and Ngoma – but then, toward the end of 1998, I left the White Wolf staff to concentrate on Sorcerers Crusade and my own creations.
Última edición por Justycar el 12 Mar 2020, 21:15, editado 1 vez en total.
Arriba

Spoiler
Mostrar
During the brainstorming for Mage Revised Edition, it was decided that the epic sprawl of Mage needed to be cleaned up and pruned back. And so, Jesse Heinig was told to wipe out the Crafts in that edition, folding the survivors into the Nine Traditions. During the Revised era, that was the official story: The Crafts were essentially gone – exterminated in a genocidal fury by the Technocratic Union, aside from a few refugees in the also-ravaged Traditions or on the fringes of the world. And I hated that idea.

First off, as bad as the Technocracy could be, the idea that they suddenly decided to go on a global killing spree – exterminating hundreds, probably thousands, of human beings while wiping a bunch of cultural small-t traditions off the map within a matter of weeks – seemed extreme even by 1990s standards. The fact that the majority of those exterminated people and traditions also came from marginalized groups – women, Asians, Africans, Polynesians, African-Americans, and even fervent white Christians – left a nasty taste in my mouth, especially given the Technocracy’s Euro-American culture. The Crafts weren’t all hanging out in the same place, either; source material placed them all over the world. And so, when viewed from a metaplot angle, the purge of the Crafts would have been a horrific act of worldwide genocide.

It presumed that the Technocracy somehow, suddenly, and with extreme precision, eliminated deep-roots cultural legacies like Chinese High Magick, Islamic and Zoroastrian miracle-work, a global network of alchemical guilds, and the cultural tradition collec-tively known as “voodoo”: a tradition with millions of adherents on four continents, and which arose from a vast slave-trade and its racist repercussions. That idea wasn’t just dark – it was war-crimes-level stuff. Combined with the Calcutta nuke metaplot event from Vampire Revised, such a purge would make the Technocracy a force of unapologetic evil, destroying any semblance (at least for most Mage fans) of a potentially sympathetic “honorable opposition.” Considering that Brian Campbell, Jesse Heinig, and I had only recently recast the Union in a more sympathetic light with the wildly popular Guide to the Technocracy, that concept went down poorly with Magefans and creators alike.
Arriba

Spoiler
Mostrar
And then there’s the logistics side of things: In order to pull off that deed, the Technocracy would have had to have accurate information on dozens of mystic societies worldwide – several of which kept extremely low profiles – and then coordinated a simultaneous global takedown of all of them (destroying their loved ones, properties, and support personnel) while also invading Horizon (as described in several Mage Revisedsourcebooks), which would, in itself, have been the metaphysical equivalent of the Normandy Invasion. Supposedly, the Union had exterminated several hundred Awakened mages – some of whom were among the most powerful wizards in existence – while also losing vast resources to the Avatar Storm, nuking vampire-gods, and capturing the global paradigm besides? All within a matter of weeks, and with minimal notice among the Masses? And then the survivors of that massacre were supposed to have congregated among a bunch of predominantly Euro-American folks that the Crafts had spent centuries opposing? Again without notice in the budding Internet age? For these reasons among others, the concept just didn’t work for me.


Beyond all of those factors, I also really like the Crafts. Speaking personally, I find the Bata’a, Ngoma, Wu Lung, Solificati, Kopa Loei, and Ahl-i-Batin to be far more interesting and colorful than most of the Nine Traditions... and far more rooted in real-world mystic culture, too. As I said earlier, I feel it’s more constructive to give players more options, not fewerones, especially when those options reflect greater inclusion and cultural diversity. So yeah, I feel that Mage 20did need the Crafts, and lots of fans have felt the same way.

And so, Rachelle Udell and I just said, in Mage 20, “It didn’t happen the way you heard it happened.” We added a new metaplot, updated the concepts while correcting some of the glaring cultural mistakes, and left the final decisions about if, how, and where the Crafts appeared in a given chronicle up to the players, not to the metaplot.

Incidentally, I have seen references to the Disparates as “the SJW (Social Justice Warrior) Traditions”; when you consider that this sentiment denigrates people of different cultures for standing up for those cultures, especially in the face of adversity, that’s a pretty offensive sentiment. It also misses an essential fact about magick and the people who employ it: magick serves needs. If a person needs to protect her people, and she knows magick, well then, she’s gonna use magick to defend those people, and to hell with what anyone else thinks of her for doing so. This isn’t just a Mage thing – it’s a magick thing, and both past history and current events are filled with people and cultures doing just that in real life. As for folks who wonder why groups like the Sisters, the Bata’a, or especially the Dreamspeakers would be militantly angry, I’d invite those folks to look at the real-world situations of the people in question and ask, “Given what’s going on, why wouldn’t they be?”

As for the wobbly nature of the Disparate Alliance, the real world shows that such confederations are not merely “possible”; historically speaking, they change the course of history. As an example for that Alliance, look at both sides of World War II:
On the Axis side, three aspiring empires based upon racial supe-riority – yet composed of different ethnicities – banded together to conquer the world in spite of their professed distain for one another; on the Allied side, nations that had been at war with one another for centuries (in the case of France and England, for nearly 1000 years) put aside their differences to stop the Axis. In the wake of one of the most vicious wars in human history, with atrocities on both sides, the United States and Japan have become one another’s staunchest allies, to the mutual prosperity of both. England, France, and the United States present the fulcrum of the modern Western World alongside Germany, despite the many wars between them all.

And as of this writing, one of the strangest coalitions in history has banded together to stop the Islamic State – A.K.A. ISIS or Daesh – even though many of the powers involved downright loathe one another. So yes, it’s possible for groups as “disparate” as the Hippolytoi, Templars, Wu Lung, and Taftani to work together for short periods. I created the idea of that Alliance as a comment about the nature of real-life coalitions. Whether or not that particular coalition will hold together for long is a matter of debate... but then, the same could have been said of the Traditions and Technocracy in their early days as well.
Arriba 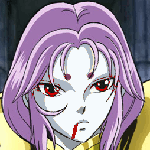