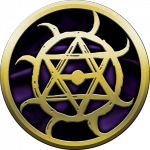 
Spoiler
Mostrar
Who was Lilith?

In the medieval period, new versions of her story leapt into being, with one among others capturing the imaginations of many. Created by the debates of holy men and a satirist, it would prove to be the one that dug deepest. Lilith was the first wife, and Eve was the second. Lilith and Adam quarreled from the day they met, and Lilith grew tired of it. She used a secret name of their Creator to whisk herself away to safety. When mothers put amulets on their babies to ward off Lilith, they were warding off a woman whose rage was eternal, who would take all children in the night, and leave them dead. To kill the children of Adam and Eve was to strike back at their shared Creator, to unmake parts of a world that had been set in motion long, long ago. Despite the powers ascribed to her, there was almost something human to her pain and hate. In other tales Lilith is confronted by angels and stakes her claim on the lives of newborns. She becomes a consort of the Angel of Death, and evolves into a figure of powerful evil, one connected to a violent, roiling world beyond that of the average mortal; one that was terrifying, but perhaps necessary for existence to have the meaning that it does. Perhaps, if Lilith sits upon her throne, she will not come down into the night, and take more than just newborn babies. In each myth, intermixed, the smallest seeds of the truth can be found by the determined reader. There is something almost human to her pain, and hate, but also to her love, and her grief. She does not simply access a world beyond the mundane human reality, she is part of it. For a time, she was the lover of an angel. In all her grief, she has had only herself to rely on.

Lilith is loyal to herself. She is self-assured, she is above human morality, and she possesses a power and sexuality utterly alien to many, even some of the Bahari. She is self-sustaining and resists heaven, Caine, and humankind, century after century. She is power, and knowledge. And she is a scapegoat, for humans and Cainites alike, for their fears and their desires. Her story has been passed back and forth between the children of Adam and Eve, and her own children. It is not pure, nor is it untouched by the hands of men, uninfluenced by those who do not know her revelations. Those who follow her know that without question, they will die. They will know fear and be forced past it, their bodies sent past the breaking point. They will suffer greatly for understanding and to protect each other. They are dedicated to bringing about the goals of the Dark Mother, and these are their reasons for living.

What is Lilith, is the most important question. She is the voice heard in the dark apartment, when no one else is present. The fragment of a song that obsesses but seems to come from nowhere. Dreams of blood-filled trees or the full to bursting belly gorged on food and blood, before the bed is ripped apart. The mother wailing and rocking the bodies of her dead children. A woman whose garden has been burned to the ground. All of the Bahari must know loss in their time. Physical and psychic pain. The role of a feast in the night. The role of being the feast in the night. To worship her is to be a fragment of her, to feel pain and crave vengeance.

The many Gardens of the Bahari have their own feelings about what parts of the scriptures or satires or scholarly treatises of mortals have captured an inkling of the Dark Mother. Each Garden has as many opinions of the Revelations and rituals as a pomegranate has seeds.

Stories about the Dark Mother are like holding a fistful of writhing snakes. The observer may see the storm, air, flight, angels, night, light, lovers, loss, desert, birth, sea, thorns, violation, magic unimaginable — and by that point they will be bitten and die. 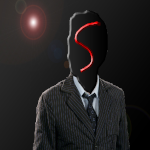