[Trasfondo] Cults of the Blood Gods 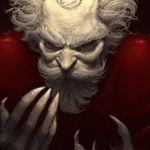 Patricia was the youngest child of a wealthy family from Denver. Her parents made sure that Patricia and her brother, Morgan, fell in love with the great outdoors, regularly taking them out to their holiday home near the Rockies, where they would engage in pursuits from horse rides to rock climbing.

As she grew older, with the trust fund afforded by the family business behind her, Patricia dedicated herself to the enjoyment of life. She eschewed further education and concentrated on scaling her own personal mountains, real or metaphorical. She targeted being the first female to scale all the great peaks of the world and became something of an internet personality in her attempts to do so. This brought her attention and niche fame as a fitness guru and socialite, with energy drink and health supplement companies lining up to gain her endorsement on social media.

While she traveled the world, met and slept with interesting and beautiful people, and performed stunts in exotic locales, her brother managed the family business into the financial crisis. His risky investments had funded Patricia’s lifestyle and his parents’ retirements. When those investments came home to roost, Patricia’s fledgling career could have saved the company from bankruptcy. However, Morgan refused to ask for her help. By the time Patricia discovered the full extent of the problem, her brother faced several charges of insider trading and a string of angry creditors who wanted blood. He answered those charges with the blare of a pistol into his own mouth.

Patricia returned to Denver to mourn her brother only to find her parents embittered at how she had seemingly abandoned him, too ignorant to notice what was going on in the “real world.” After a major falling-out at the funeral, they never spoke again.

Afterwards, Patricia threw herself into dangerous activities. She garnered ever more followers who saw her as an inspiration, while others called her a fraud, nothing more than a rich girl who always had everything handed to her, who made more money selling products than the people that produced them.

Her descent into depression, as well as her torn state between the life she forged and what she saw as the responsibility of home, caught the attention of her sire. As she enjoyed an exclusive concert by the band Baby Chorus in an underground club in Chicago, she threw herself upon their suave bass player and became his childe.
Arriba

Patricia had many problems to overcome as a Kindred. Her sire, Raymond Falcon, disappeared almost as soon as he had Embraced her. Whenever he reappeared, he seemed different, like he didn’t remember her or the night they shared.

Her tutelage was left to the Primogen of Clan Malkavian, and he was only too happy to have a new plaything to break. He had her perform one final stunt for her followers to enjoy, hanging herself in a hotel room on live stream.

After Son recovered her from the morgue, he introduced her to two things. First, the many comments mocking her death. “Another dead rich bitch” could have been the carving on her headstone.

Second, Patricia’s face was far too famous to be seen roaming around the city. She’d have to travel incognito, and he had just the way to do it. A Porcelain Noh mask was surgically stapled to her head, etched with a beatific smile. Son stated that were she ever to take it off, she would be burned as a Masquerade breach.

“Don’t worry.” he mused, “Now you always look happy, no matter what!”

The Kindred at court were no kinder than internet trolls when Patricia was introduced at Elysium. “Porcelain Pat” they called her. Patricia’s eyes swiveled around the room, her anguish stifled by the saintly smile of the mask. Everyone laughed, all but one.

The rabbi approached her, seeming genuinely interested in her and the losses she had suffered. Even in her depression, she found him sitting silently by her, a reassuring presence. He whispered to her and spoke of salvation that she could find if she would let go of her pain.

After a year of listening to his sermons, the rabbi felt she was ready. He offered her a place in the Cult of Shalim and an answer to her cries for deliverance from the suffering of her life.

Patricia wanted to believe him, but the idea that everything she had seen meant nothing proved too much for her. She had dreamed of climbing all the great peaks. Maybe she couldn’t do that now, but could she accept that the mountains themselves were abominations that should be expunged so humanity could finally know true peace?

She fled the synagogue and threw herself upon the mercy of anyone she could find. The Prince, her sire, her clanmates. As she ranted of the lowly rabbi’s great plan of destruction, it was clear to the court that she was truly mad. Son seemed amused by it, far too amused by her sudden isolation and pariah status to consider that she might be right.

To this night, she continues her crusade to expose the cult for what it is. But even as she does so, she can’t escape the nagging doubt at the back of her mind that maybe Basaras was right.
Arriba 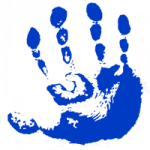 "It’s impossible to see the physical form of Mithras, as he radiates power and light in blinding brightness – an Amalgam the methuselah developed centuries ago. The characters feel an overwhelming urge to kneel, and beg for forgiveness for sullying the God with their lowly presence."